The Washington Post did a great piece on how inspectors for the Chinese government said the Chinese propaganda office is not being aggressive enough.

“The effect of guiding culture and art to serve socialism and art is not obvious enough,” Wang Haichen, the leader of the inspection team, was quoted as saying. “Its news propaganda is not targeted enough, or effective enough.

“It needs to strengthen further its leadership of ideological work. It does not do enough in applying the principle of the party controlling the media in weak points like new media, or in coordinating thought and political work at universities.”

The complaint comes after President Xi Jinping told media outlets they need to “take Party” as their surname and to “serve as the party’s throat and tongue.”

The efforts to control the press have stepped up under Xi and have included efforts to shut down reporting on China’s violation of human rights by journalists not in China.

Part of the campaign is to not only make sure all Chinese media outlets kowtow to the whims of the party leadership, but also to make sure foreign media is made to be seen as the enemy by the Chinese people.

National Public Radio correspondent Frank Langfitt is about to leave China after five years of reporting from Shanghai. He did a great piece today (June 13) explaining how the Chinese government has stepped up its campaign against not only Western journalists but against the whole concept of free and independent media. (As of this posting — 6:30 a.m. June 13 — the whole piece is not yet available on the NPR website. It will be available later in the day.)

The growth of the Chinese middle class and the current economic slowdown clearly scares the country leaders in Beijing. For the past 30+ years, the Communist Party has told the Chinese people that only through the party will economic growth occur. Western notions of democracy, free press and market forces are not needed because “the Party will provide.”

The problem the party now has is that its claim to legitimacy is based on the one leg of economic growth. The current economic slowdown is threatening that sole pillar.

The following item was initially posted at the SPJ International Community site, Journalism and the World.

Roy Greenslade at The guardian published an open letter from the director general of Swedish Radio, Cilla Benkö, calling for the safety of journalists to be taken more seriously by the international community. 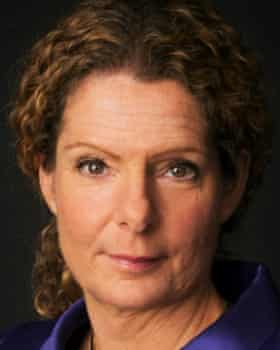 Enough is enough. Every policy initiative that can be taken to secure the safety of journalists, both here in Sweden and internationally, through bodies such as the UN and the EU, must now be implemented. This is an urgent matter if we want to protect the freedom of the press and the freedom of expression.On Wednesday (9 March), our correspondent, Maria Persson Löfgren, was attacked while on assignment in the Russian state of Ingushetia. On 11 March 2014, our Asia correspondent, Nils Horner, was murdered in Kabul. Two completely unacceptable events.

Both Maria and Nils were engaged in normal assignments for a foreign correspondent. The job is demanding, tough and sometimes associated with danger.

We should be thankful that there are people who want to engage in this kind of journalism, because it’s through them that the rest of us learn about a reality that is often more complicated than those governing in a country would suggest.

The issue of the safety of journalists must be taken more seriously at an international level. Ceasing to cover troubled areas is not an option. In an increasingly digitised world, it is very easy for extremist groups and others to spread their propaganda.

I just got my copy of The Correspondent from the Foreign Correspondents’ Club of Hong Kong. (Yes, I am still a member.)

One of the little features I have always liked is one with pictures of old and new Hong Kong. (Then and Now. Page 22 of the March edition.)

Got me thinking about how Washington, DC, has changed in the 35+ years I have been here. This would be a nice thing to do on a occasional basis, especially of sites important to journalism.

It’s easy enough to do on the DC SPJ website. So how about it?

Anyone have pictures from 40+ years ago and a picture of the same place (same angle, if possible) today?

Got a story to go with the pictures?

Send them to me at Dan@Kubiske.Org.

The Foreign Correspondents’ Club of China conducts an annual survey of its members (and a few outsiders) on the visa renewal process.

The bottom line for the 2014 survey period: “In general, the visa renewal process went more smoothly this year than last.”

The survey of 2013 was a damning indictment of the pettiness of the Chinese government authorities:

This year it became more obvious than ever that the Chinese authorities abuse the press card and visa renewal process in a political manner, treating journalistic accreditation as a privilege rather than a professional right, and punishing reporters and media organizations for the content of their previous coverage if it has displeased the government.

The most public cases were the denial of visas (or slow walking of the paperwork) to the New York Times and Bloomberg for their reports on how wealthy family members of prominent Communist Party members became and where they are hiding their money.

The 2014 report showed that while the visas were handled in a more professional manner, there were still cases of intimidation and out-right threats.

“In one run-in with the authorities, they made perfectly clear they would see us again at the end of the year for visa-renewal. In that sense it was a covert threat.”

“In case of new hire, visa delay was explained by MOFA in a meeting with bureau chief as being the result of concerns about bias in her previous job.”

“I had two interviews where I was questioned about my reporting on Xinjiang and told that the Foreign Ministry would need to be satisfied with my attitude in order to approve my press card. In the end they said they were and that my card would be approved.”

Animosity toward Western media (and Japan is counted in that group, oddly enough) has been a standard feature of how Beijing deals with the press. When we lived in Shanghai — 1992-1994 — the two Western journalists allowed to live there (Reuters and — I think — Asahi Shinbun) had their phone lines cut and received extra shadows in the lead up to the anniversary of the Tiananmen Square massacre.

Nice to know China’s hatred of criticism is not limited to free media. (NOT!)

I really have a hard time understanding how the rulers in Beijing think they can get away with dissing the world and not get more bad press.

The “problem” with the Times came to a boiling point when the paper ran a story about the wealth accumulated by the families of the ruling elite. (Billions in Hidden Riches for Family of Chinese Leader)

Beijing delayed renewing visas for Times’ reporters in place and denied visas for their replacements.

And it is a situation that just keeps getting worse: New York Times editor on China visa problem: ‘We’re a little bit hostages’

And now, Beijing says certain British members of Parliament are not allowed into Hong Kong. (China Says British Lawmakers Would Be Banned From Hong Kong)

Maybe Beijing did not understand the terms of the agreement that turned Hong Kong from British rule to that of China. The agreement guarantees 50 years (from 1997) of protection of the civil, political and economic rights of Hong Kong residents. In addition, because the agreement is an international treaty, the British government (and members of Parliament) along with other governments — the U.S. included — may conduct investigations into any violations of that agreement.

Beijing might argue that investigators do not need to go to Hong Kong. In fact, they do argue that all the other countries have to do is take Beijing’s word for what is the problem and that Beijing has the best solution.

And just to be clear that Beijing does not want any “trouble makers” in their territory, they have denied visa requests into China proper by other members of Parliament, members of the Occupy Central movement, students in Hong Kong who supported the demonstrations for more democracy in Hong Kong and the odd journalist here and there.

Basically, anyone who has raised a critical voice about the way China is being run.

And we thought the White House was choreographed

Great little piece in the New York Times about how the Chinese government tries to fool the world into thinking it run open press conferences.

For Foreign Journalists It’s All About Asking The Right Questions.

For anyone who has ever worked in China or with the Chinese media, this is nothing new. But seeing how most people don’t fit into either category, this story needs wider distribution — especially among journalists.

Local media is supposed to provide local news. For most people in the world that means information on city councils, mayors, schools and civic groups.

But in Syria, an experiment in local news means identifying where the minefields are and where the snipers are located.

Granted, the “local” news is broadcast from neighboring Turkey, but the news is what is needed at the local level.

The 24-hour, opposition-aligned news channel started a few months after the uprising began in Syria in March 2011, in order to cover protests and broadcast news about the uprising against President Bashar al-Assad, back when it was hard to find any independent, non-government-controlled news out of Syria’s largest city.

”It’s an experiment of having a local TV [station] inside Syria, because previously we had only the government’s national TV,” said Aleppo Today’s manager, Khaleel Agha.

The station lets viewers know where fighting has broken out, where snipers are located, which roads are safe and what the constantly fluctuating currency exchange rates are. It also keeps viewers up to date on which border crossings with Turkey are open, and whether they are open to foot traffic only, or also to cars.

One public service announcement recently warned residents to keep their important documents at home, in a convenient place, so they can grab them and flee at a moment’s notice.

Kudos to Al Jazeera America  for running this “slice of life” story from Syria. Expect to see a similar story on NPR in a couple of weeks and then in the rest of the US media in a month or so.